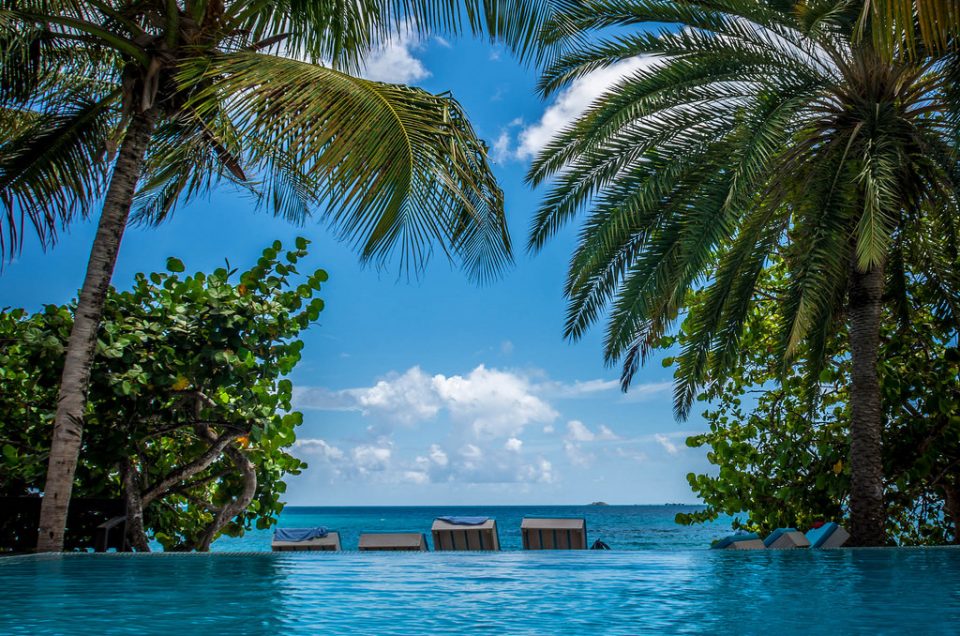 Antigua and Barbuda were dubbed the “heart” or “gem” of the Caribbean because of its strategic location in the middle of the Leeward island chain, the independent Commonwealth state of Antigua and Barbuda come very close to many people’s idea of paradise. This ideal geographic positioning makes the tropical twin-island jewel a regional travel hub, with excellent air links to North America and Europe.

Home to over 100,000 people and blessed with 365 powder-white sand beaches, the country is revered as one of the most beautiful places in the world.

Antigua, the larger of two islands of Antigua and Barbuda, is a popular tourist destination and is accessible on direct flights from the UK, USA, and Canada. With mysteriously abandoned forts, Neolithic caves and an unspoilt beachfront, Barbuda is host to a wild bird sanctuary standing on a mesmerising lagoon.

Antigua’s flatland topography was well suited to produce its early crops of tobacco, cotton and ginger. The main industry, however, developed into sugar cane farming which lasted for over 200 years. Antigua will celebrate 37 years of independence, and its key industry is tourism and related service industries. The next largest employers are the financial services industry and the government.

Historically, as a result of tourism and real estate, Antigua and Barbuda has experienced continuous growth in Foreign Direct Investment (FDI). However, more recently, financial services, tertiary education and e-commerce, have become significant contributors. Bolstered by generous government incentives, foreign investment has contributed to the rapid development of the economy, resulting in the country having one of the highest Gross Domestic Product (GDP) per capita in the sub-region.

Why Invest in Antigua and Barbuda

The CIU Program has become very popular with investors owing to its straightforward and transparent application process, fast turnaround time and the quality of real estate offerings. The reduction in processing fees in August 2017, gives the Programme an additional competitive advantage.

Over the life of the Programme, Antigua and Barbuda have seen a resurgence in the country’s real estate sector and renewed interest in the hotel sector. This economic boost has allowed for environmentally responsible projects such as solar energy and reverses osmosis to be developed. The local populace has also benefited from direct contributions to social development schemes. Additionally, the construction boom expected as a result of the Programme will create more employment opportunities and other spillover benefits, to improve the economic livelihood of normal Antiguans and Barbudans.

What are the benefits of Antigua and Barbuda?

• Visa-free access to over 150 countries, including the United Kingdom, the Schengen area, Hong Kong and Singapore
• Decision rendered in 60-90 days on most files
• No restrictions on dual nationality
• Citizenship for life, once residency requirement is met
• Straightforward application process, no minimum net worth requirement or previous business experience
• No tax on worldwide income, inheritance, capital gains or investment returns
• History of a stable currency US$1 = EC$2.70 since 1976
• Antigua and Barbuda is a stable Westminster-style democracy
• Well-established legal and regulatory framework, supporting civil and commercial relationships
• Well-educated workforce, skills and abilities for the modern workplace
• Active and committed member of the international community

About CIU – Citizenship by Investment, Antigua and Barbuda

Antigua and Barbuda is an independent Commonwealth state in the Eastern Caribbean. With some 365 beaches of clean turquoise waters, the lush tropical islands of Antigua and Barbuda are an inviting paradise and considered to be one of the most beautiful places in the world. As a result, tourism is the key driver of Gross Domestic Product (GDP) and generates around 60% of the island’s income, with key target markets being the U.S., Canada and Europe.

Antigua and Barbuda is a member of the United Nations, the British Commonwealth, Caricom and the Organisation of American States (OAS) among many other international organisations. Holders of the Antigua and Barbuda passport enjoy visa-free travel to approximately 150 countries, including the U.K. and the countries of the Schengen area.

Charmaine holds the distinctions of being the first national of Antigua and Barbuda and the first woman, to head the country’s Citizenship by Investment Unit (CIU). Her appointment as CEO took effect on March 27, 2017. Prior to this recent appointment, Charmaine served in the CIU in three prominent capacities; Chief Compliance Officer, Chief Operating Officer and Acting Chief Executive Officer. She is also a Chartered Director and a fully qualified anti-money laundering specialist.

About the Global Investment Immigration Summit

BLS Media is organizing by the support of FKCCI – Federation of Karnataka Chambers of Commerce & Industry, SME Chamber of India, Bangalore Chamber Of Industry And Commerce, and the Federation of Indian Associations the Global Investment Immigration Summit at the Sheraton Grand Hotel in Bangalore, India, which will take place during the period of 20 – 21 October.

Learn about the 20+ migration options for H1B and L1 visa holders and start-up visas overseas at the Sheraton Hotel in Bangalore on 20 – 21 October. Learn more here.

international pharmacies that ship to the usa pharmacies drugstore online

Hello there! Quick question that’s entirely off
topic. Do you know how to make your site mobile friendly?
My site looks weird when viewing from my iphone4. I’m trying to find a template or plugin that might be able to correct this problem.
If you have any recommendations, please share.
Appreciate it!

I really like your blog.. very nice colors &
theme. Did you design this website yourself or did you hire someone to do it for you?
Plz reply as I’m looking to construct my own blog and would like to find out where
u got this from. appreciate it

It’s hard to find educated people on this subject, but you sound like you know what you’re talking
about! Thanks

I’m really loving the theme/design of your web site.
Do you ever run into any browser compatibility problems?

A few of my blog readers have complained about my blog not working correctly in Explorer but looks great in Opera.
Do you have any advice to help fix this problem?

how much is 5mg cialis

how to puchase viagra in canada viagra not working what to use? viagra malaysia

Attractive component to content. I just stumbled upon your web site and in accession capital to claim that I acquire in fact loved account your weblog posts. Anyway I’ll be subscribing in your augment and even I success you get admission to constantly rapidly.

Hey there! I’ve been reading your weblog for some
time now and finally got the bravery to go ahead and give you a shout out from New Caney Texas!
Just wanted to mention keep up the fantastic job!

Ahaa, its good discussion on the topic of this paragraph
here at this website, I have read all that, so at this
time me also commenting here.

It is the best time to make some plans for
the future and it’s time to be happy. I have read
this post and if I could I desire to suggest you few interesting things
or suggestions. Maybe you can write next articles referring to this article.
I wish to read more things about it!