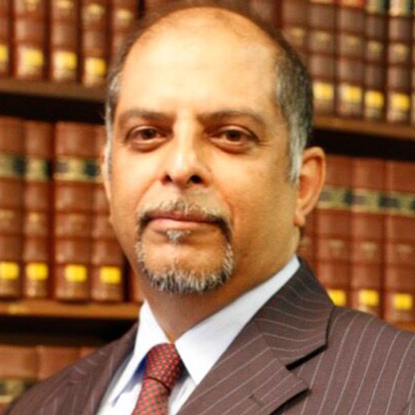 M A O ESSOP (Ashraf) was admitted in 1991 as an attorney and has had rights of appearance in the High Court from 1997. At present he is highly regarded by his peers as the foremost Immigration lawyer and frequently appears as counsel in Immigration litigation in the High Court as well as criminal Courts. Ashraf has a BA LLB degree from the University of Witwatersrand and having completed the Qualified Lawyers Transfer Test (QLTT) is eligible to be registered as a Solicitor in England and Wales. His Masters in International Economic and Trade Law is currently in progress (thesis outstanding).He has completed his judicial skills training and will shortly apply to be appointed as a judge in the High Court. His early experience includes being a Commissioner in the Small Claims Court and sitting as an assessor in the High Court. He holds certificates in Mediation and Arbitration and has various certificates in Commercial and Corporate law and is a Certified Commercial Mediator with CEDA London and is a certified Business Rescue practitioner.

He is currently a Director with Rossouws Leslie Inc in Johannesburg and practises exclusively in the field of Immigration Law. He is a member of the immigration subcommittee of The Law Society of South Africa (LSSA) and Law Society of Northern Provinces (LSNP).