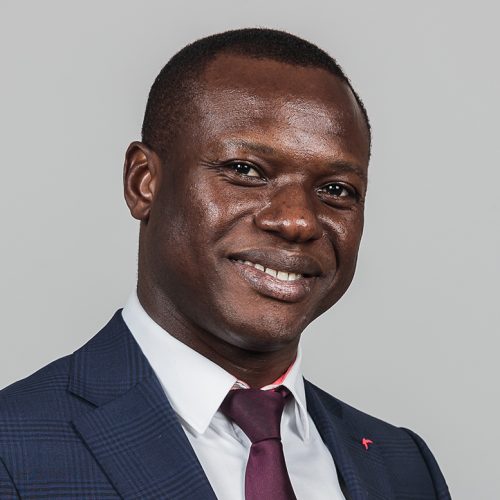 Batoulim is a Business Development Manager of Integritas, based in Geneva and responsible for the business development of the Integritas Group in Switzerland, the UAE, as well as in Africa and Russia. He previously worked in various sectors: from leading the Friends of the Earth subsidiary in Togo to creating the ONG Conseil in Switzerland which is a part of ONG Conseil Group – one of the largest fundraising companies in Europe.
In 2005, Batoulim created the Togolese NGO International Crossroads of Art. This NGO organized around 30 art projects in Togo and had also helped around 16,000 locals by sponsoring several projects, namely the construction of schools and laying out water supply system anew to villages.
Batoulim joined the Integritas Group in 2018 and is in possession of a Bachelor’s Degree in Agroforestry from the University of Lomé.
Batoulim is fluent in French, English, German and several Togolese dialects.